Steve Helling, Senior Writer, People Magazine:  Pitching the National Media – When Does a Local Story Become a National One? 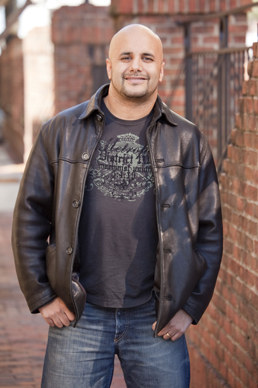 Join us on Tuesday morning, August 18 as we meet with Steve Helling, a Florida-based senior writer for People Magazine. He will provide the FPRA with a unique, inside perspective about pitching national print and television media, and what is needed for a local story to become a national one. Learn what it takes to secure a spot on a nationally syndicated show like Good Morning America, The Today Show, or Anderson Cooper 360, and how social media should be utilized as part of the pitch process. By attending, you will gain insights on:

Tickets are $20 for FPRA Members, $18 for Students, and $25 for non-members (a $1 surcharge is applied for online payments). Cost includes continental breakfast.  RSVP Today – Space is limited; advance reservations recommended.

Steve Helling is an award-winning author, journalist and Florida-based senior writer for People magazine. His writing has appeared in TV Guide, The New York Post, and Reader’s Digest. He is frequently on television with guest appearances on The Today Show, Dateline NBC, Nightline, Good Morning America, Anderson Cooper 360, and The Nancy Grace Show. Over the years, Steve Helling has covered major stories — from the 2010 Haiti earthquake to Hurricane Katrina — going into disaster zones to find stories of courage and hope. He helped uncover the flight school records of the 9/11 terrorists and sat in the courtroom for the Casey Anthony murder trial. Steve has interviewed hundreds of celebrities including Tiger Woods, Jennifer Lopez, John Travolta, Jane Fonda, Usher, Vin Diesel, Tyra Banks, Dolly Parton and Whitney Houston. This year he is hosting a national docu-series, Murder Made Me Famous, on the Reelz Channel.